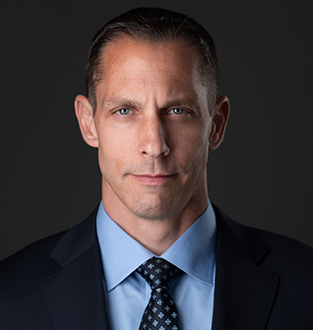 Mr. Ainsworth is an accomplished professional geologist and mining executive that has been awarded for two significant mineral discoveries and has raised more than $300M in equity and convertible debt throughout his career.

Mr. Ainsworth is currently the Chairman of Kraken Energy Corp., a Director of Au Gold Corp. and a Technical Advisor of Summa Silver Corp. He was previously a Director of Standard Uranium Ltd. from 2018 to 2021, as well as a Director of IsoEnergy Ltd. and NxGold Ltd. from 2016 to 2018. Mr. Ainsworth is an Institute of Corporate Directors, Director (ICD.D), and a Professional Geoscientist (PGeo) in the Province of British Columbia. He also holds a Diploma of Technology in Mining and Bachelor of Technology in Environmental Engineering with honours from BCIT, and a Bachelor of Science in Geology with first class honours from Birkbeck, University of London. 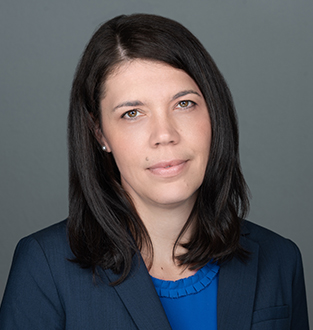 Ms. Yassin has over 15 years experience working with companies in various sectors, including mining, technology, and industrial products. She has held finance management positions at various public companies, including a large industrial products company and mid-tier mining companies. Ms. Yassin gained extensive experience at Deloitte providing reporting, advisory and assurance services to publicly traded companies, primarily in natural resources. Ms. Yassin is a CPA, CA and holds a Bachelor of Commerce degree from the University of British Columbia. 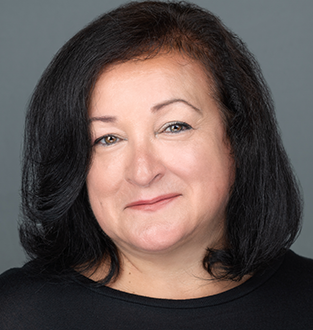 Ms. Wells has been an integral member on some of Vancouver’s most successful teams in corporate finance and venture capital markets that have sourced, developed and facilitated capital investments, which financed and brought countless companies to market. She has over 30 years of experience with administrative and corporate services for a variety of private companies, and public companies on the CSE, TSX, and TSXV. Ms. Wells is currently Corporate Administrator of Sentinel Corporate Services Inc., and was previously with Dundee Securities, Investment Banking focused on mining for 10 years. 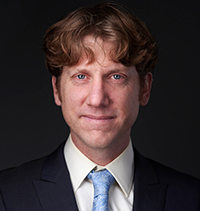 Mr. Raat is a professional geologist (EurGeol) with extensive experience exploring for base and precious metal deposits in Scandinavia and Europe. He was a Geologist for the Boliden Group in Sweden for eight years with the last four years being focused on polymetallic projects in the Bergslagen Mining District. Mr. Raat spent much of his time in the Bergslagen working on the polymetallic Stollberg Project, which is located approximately 40 km southwest and along trend from District's Tomtebo Property. Mr. Raat specializes in prospect evaluation, target generation, historical data compilation, exploration permitting and community relations, geological mapping and sampling, planning and supervision of drilling campaigns, 3D geological modelling, and GIS & Database management. 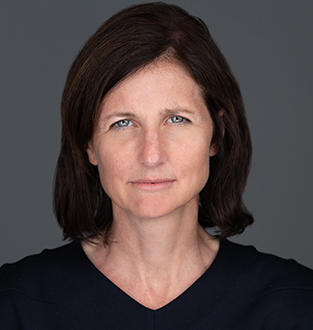 Ms. Cameron is Associate Counsel at DuMoulin Black LLP and has 21 years’ experience as a lawyer, providing corporate, governance and securities and corporate advice to clients. Prior to joining DuMoulin Black LLP, Ms. Cameron was the Vice President Legal, General Counsel and Corporate Secretary of NexGen. Prior to that, Ms. Cameron was also previously a partner at Cassels Brock & Blackwell LLP, Lawson Lundell LLP and Norton Rose LLP. Ms. Cameron obtained her Bachelor of Laws from the University of Saskatchewan and a Bachelor of Arts, Honours (Economics and History) from Queen’s University.  Ms. Cameron was named in the Canadian Legal Lexpert Directory (Mining) for 2015 and 2016, achieved the Martindale Hubbell, BV Distinguished rating, named in Best Lawyers in Canada (2013 to 2016 and 2020) for Mining and Securities and was a finalist in the Lexpert “Top 40 Under 40” (2009). Also, in 2017 Ms. Cameron was a Finalist in the Western Canadian General Counsel Awards (Deal Making category). 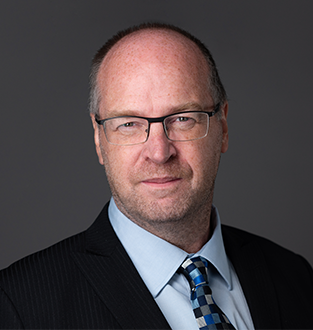 Mr. Ramshaw has spent more than two decades as a senior executive in the resource sector. Following obtaining his Bachelor of Science degree in Mining Geology from the Royal School of Mines, Mr. Ramshaw began his career in the U.K. including time spent as a mining analyst for an independent brokerage firm in London prior to moving to Canada. More recently he served as President and CEO of Corex Gold Corp., and presided over its merger with Minera Alamos Inc. where he continues to serve as President. Mr. Ramshaw also acts as an independent director of Great Bear Resources. 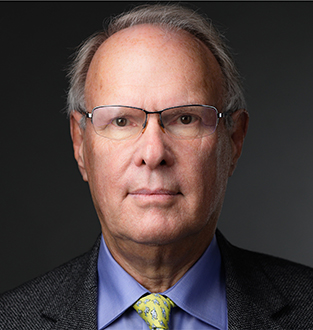 Mr. Jonathan Challis is a mining engineer with over 30 years experience in the operation, management, financing and analysis of mining projects around the world. Mr. Challis has an honours degree in Mineral Exploitation from University College, Cardiff and an MBA degree from Cranfield School of Management. He has both the South African Metalliferous Mine Captain’s and Mine Manager’s Certificates of Competency. He is a Fellow of the Institution of Materials, Minerals and Mining and a Chartered Engineer.

Mr. Challis started his professional life as a Mining Engineer with Gold Fields of South Africa Limited in 1974 before returning to Europe where he worked as a mining analyst for James Capel & Co; Banque de la Societe Financiere Europeenne (BSFE) and Barclays Bank Ltd. At BSFE and Barclays, he was involved in the analysis and structuring of debt packages for various mining and energy projects around the world. He subsequently joined McLeod Young Weir in London in 1987 as a mining analyst prior to relocating to Toronto in 1990. In 1994, he joined CM Oliver in Toronto as a Director and Senior Mining Analyst, prior to moving back to London where he was instrumental in establishing a European presence for that company. In 1997, he joined Ivanhoe Capital Corporation and was involved in numerous early stage exploration ventures in diverse locations, and joined Shore Gold in 1999 as President and a Director. 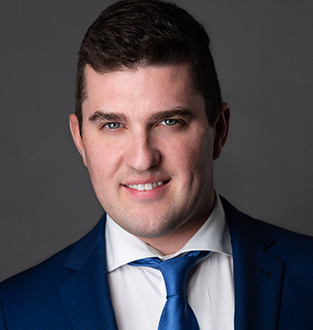 Mr. McNamara is an entrepreneur and geologist with extensive discovery and capital markets experience over nearly 15 years. He was the co-winner of the 2018 PDAC Bill Dennis “Prospector of the Year” award for the Arrow uranium deposit and 2016 Mines and Money Exploration Award. He is currently Chief Executive Officer and Director of Summa Silver Corp., Chairman of Angold Resources Ltd., and Director of Goldshore Resources Inc. Mr. McNamara holds MSc and BSc degrees in geology from Laurentian University. 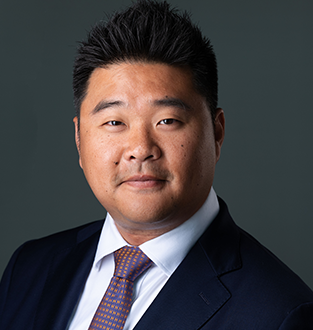 Rob Chang is currently the Co-Founder and Chief Executive Officer of Gryphon Digital Mining and his past roles include serving as the Managing Director and Head of Metals & Mining at Cantor Fitzgerald where he provided research coverage in precious metals, base metals, lithium, and uranium. He is well familiar with the uranium mining industry, and is considered a subject matter expert by several media outlets. He was recognized by Bloomberg as the "Best Precious Metals Analyst" in Q1 2016. Mr. Chang is frequently quoted by and a regular guest of several media outlets including: Bloomberg, Reuters, CNBC, and the Wall Street Journal. Mr. Chang previously served as a Director of Research and Portfolio Manager at Middlefield Capital, a Canadian investment firm which managed $3 billion in assets. He was also on a five-person multi-strategy hedge fund team where he specialized in equity and derivative investments. Mr. Chang completed his MBA at the University of Toronto's Rotman School of Management. 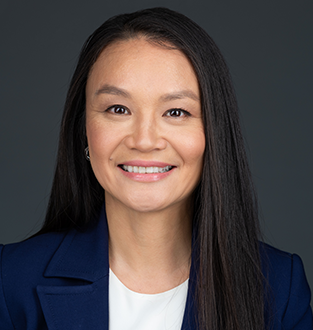 Ms. Ladd-Kruger is currently CFO of McEwen Mining Inc. Prior to joining McEwen, Ms. Ladd-Kruger was the CFO and VP Corporate Development, where she led the turnaround of their corporate and site operations finance team, processes and systems. She was also integral to Excellon's successful acquisition of Otis Gold. Prior to that, Ms. Ladd-Kruger also served as Chief Financial Officer of Trevali Mining Corporation, a zinc-focused, base metals mining company with four commercially producing operations in Africa, Canada and Peru. Anna was recruited as part of the executive management team to grow the company from junior exploration to a mid-tier base metals producer that reached over $1 billion market capitalization on the TSX. She has raised over $1 billion dollars in debt and equity throughout her career in the mining sector. Anna has also served as the Chief Financial Officer on a number of Canadian publicly listed junior mining companies and began her career as a Senior Financial Analyst for Vale S.A.’s Thompson and Sudbury Canadian operations before joining Cache Coal Corporation as Mine Controller and then Kinross Gold Corporation as their North American Group Controller.

Ms. Ladd-Kruger currently sits on the board and serves as the audit chair of Integra Resources Corp and is also a director of Excellon Resources Inc. She is a Certified Public Accountant (CPA, CMA), and holds a Masters in Economics and Bachelor of Commerce from Queen’s University and the University of British Columbia. 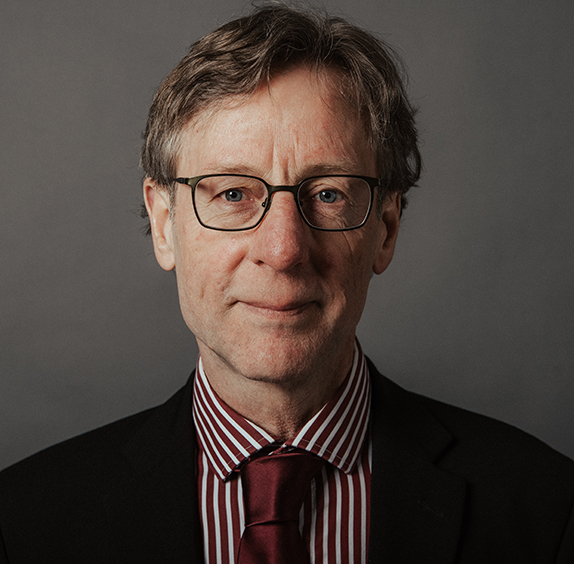 Rodney received his Batchelor of Applied Science at the South Australian School of Mines and then worked for several years in mineral exploration for Selection Trust and BP Minerals, before doing a PhD and Post-Doctorate studies at Monash University on the geology of Volcanic-hosted base metal Massive Sulphide deposits (VMS) in Australia and Japan.

Rodney then worked around the world as a consultant geologist for almost 20 years, carrying out assignments for over 40 mining and mineral exploration companies, universities and government agencies, before joining the Boliden Group, Sweden, where he was Manager for Geology Research and Development from 2007-2017.

Rodney is best known for practical skills in interpreting the geology of complex ancient volcanic regions and the ore deposits contained in them. He has worked extensively in the Skellefte and Bergslagen mining provinces in Sweden, the Mount Read Volcanics and Benambra mining districts in Australia, and the Hokuroku mining district in Japan. At Garpenberg, Sweden, Rodney’s geological interpretations were fundamental in the discovery of over 100 MT of mineral resources and contributed to turning the mine around from probable closure to one of the World’s largest and most efficient Zn-Pb-Ag producers. His interpretations of the geology and hydrothermal alteration in the Rosebery mining area, Australia and Renström in the Skellefte district, Sweden, also contributed to the discovery of new rich ore bodies.

Rodney has been Research Associate at the Centre for Ore Deposit Studies (CODES) Australia, one of the World’s foremost institutions for R&D in mineral exploration, adjunct Professor in Economic Geology at Luleå University of Technology in Sweden, and Professor at Akita University, Japan. He has been on the editorial board of Economic Geology journal and has convened many scientific sessions on ore deposit geology and volcanism at international conferences.

Rodney has supervised a number of PhD students in Australia, Japan and Sweden and has led several national and international mineral exploration research projects, including a 5-year United Nations (UNESCO) project that compared the geology and ore deposits of the World’s major Volcanic-hosted Massive Sulphide (VMS) mining districts. He and his students and co-workers have published the results of many of these studies in the international scientific literature. Rodney regularly runs workshops on exploration for volcanic-hosted base and precious metal deposits, and carries out reviews of mineral exploration programmes and ore potential for mining companies, universities and government agencies.

Rodney is currently Consultant Geologist and CEO for Volcanic Resources, based in Sweden.